1 The Wall
2 The City
3 The agora
4 The Paleo – Christian Basilica
5 The Houses
6 The Fountain
7. The Abandon 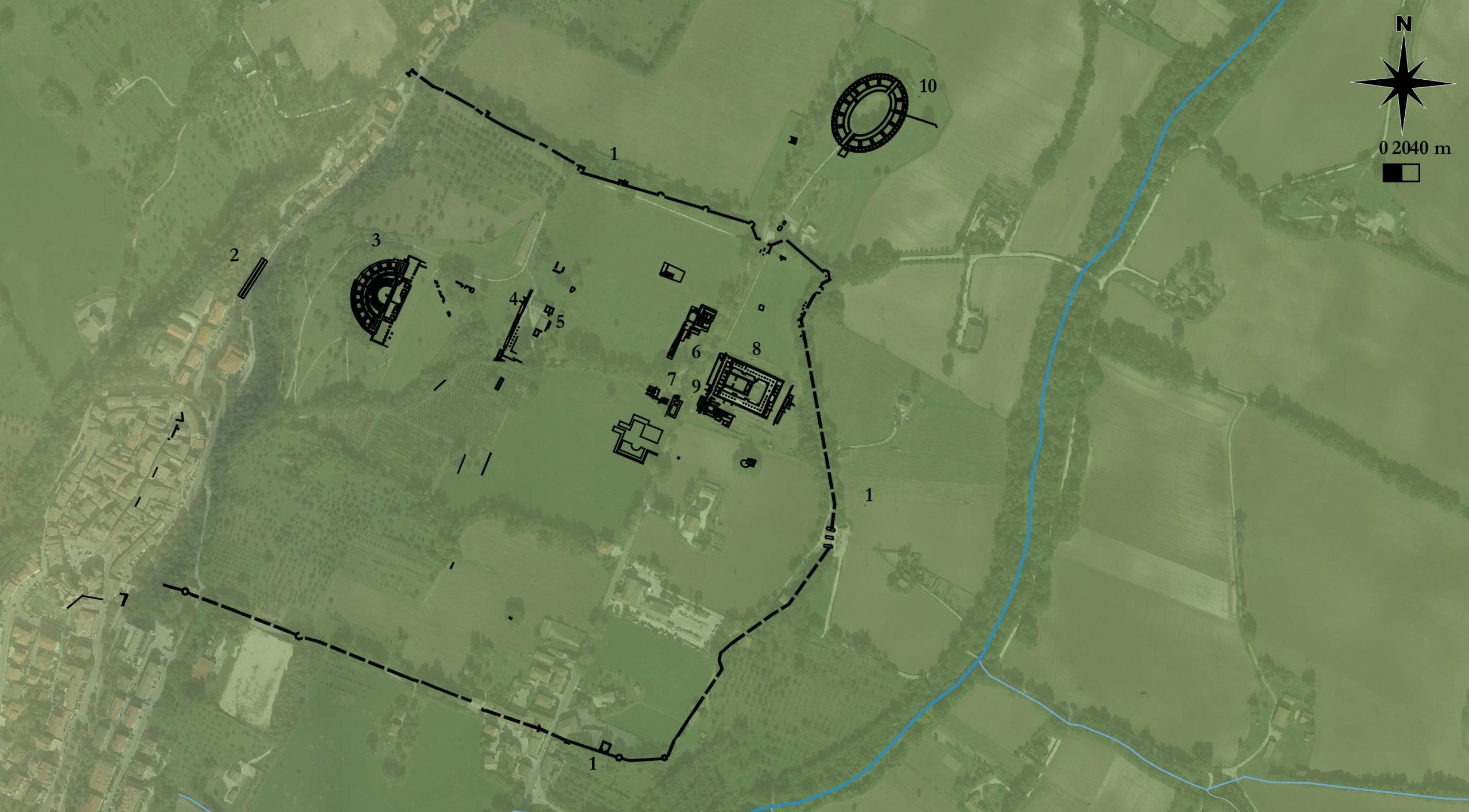 The city was surrounded by solid walls about 4,000 m in length, protecting the city from all sides, especially in the southern and western parts where the danger was greater because of the nature of the terrain. They are made with two rows of large and medium size blocks of limestone extracted from quarries on Lunxhëria Mountain, in opus quadratum linked in a regular manner by transverse partitions and filled in the middle with stones.
Traces of three doors are preserved. The southern one is particularly well preserved, characterized by an imposing tower that protects an open courtyard.
The fortifying walls and those of most of the houses discovered until now are made of large and edium size blocks of limestone extracted from quarries on Lunxhëria Mountain. 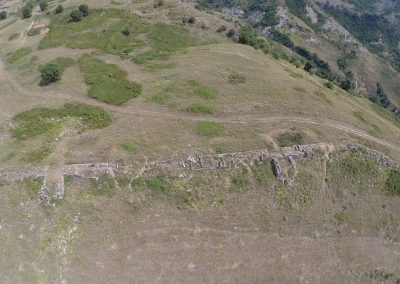 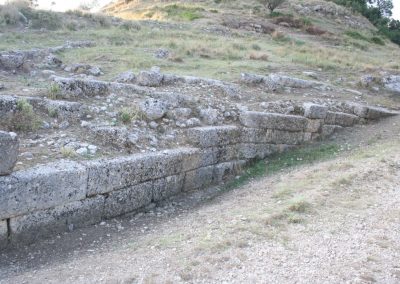 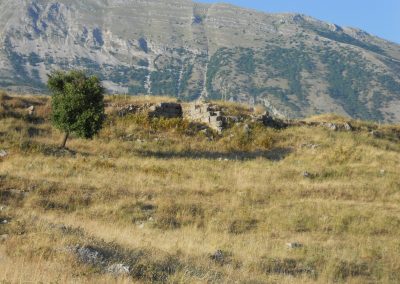 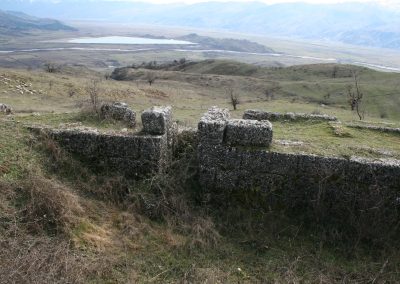 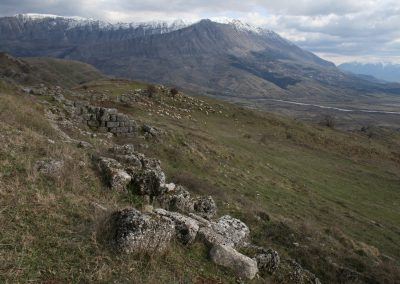 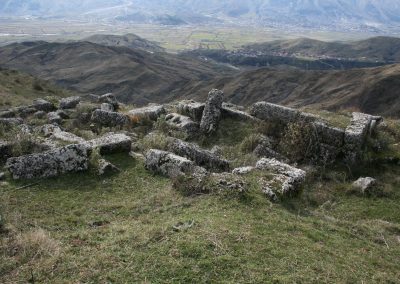 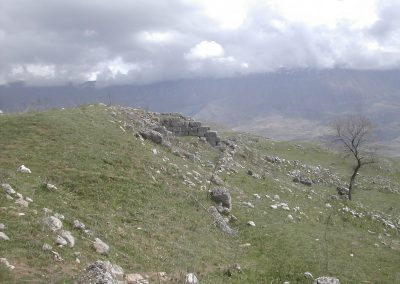 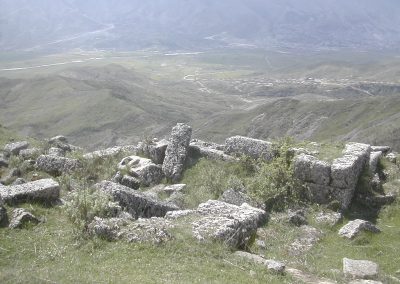 Antigonea was founded by Pyrrhos, the King of the Molossians, in the years 297-295 BC and developed as an important economic, social, cultural and political center. Att the end of the 3rd century and in the beginning of the 2nd century BC took shape like a polis. The city was called Antigonea by Pyrrhos after his first wife, the daughter of the Macedonian nobles Berenice and Philip.
Antigonea, the second city of the ancient Epirote province of Kaonia after Phoinike (Finiqi), both in size and importance, controlled the road from the famous Via Egnatia connecting Dyrrachium (Durres), Apollonia and Oricum to the highlands of Ioannina and Southern Epirus.
The urban surface of the city within and outside the fortified walls is estimated to have been about 60 ha. The city was characterized by a regular layout that was based on two parallel streets in a north-south direction. The rectangular blocks are not all the same size and the city seems divided into districts The acropolis to the north was divided from the city by a diatechism
Due to its important geographic position at a dominant point on the hill of Jerma, in the middle of the Drinos Valley, Antigonea has been recognized as representing the climax of an unprecedented development. The Drinos Valley, both because of its fertility and its strategic importance, was an early population center, witnessed by numeroses ancient cities and fortifications, like, for exemple, Melan, Selo, Lekel. 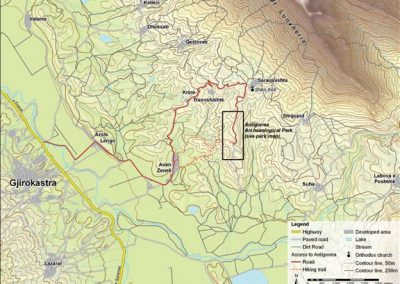 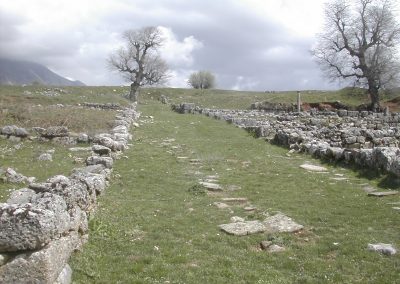 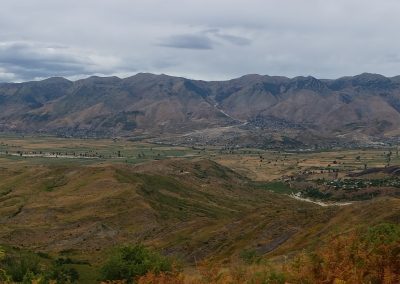 In the southern area of the city, off center towards the west and close to the wall, is the area, more than 150 m long, in an east-west direction, occupied by the agora.
In the north-west area it was bordered by a large stoa built in blocks of opus quadratum (3-2nd B.C.)

The Paleo – Christian Basilica is a triconch church with a unique, multi-colored osaic (5th – 6th cent. AD). The layout of the building in his second phase is a triconch (having three apses on the sides of the central square area of the church), measuring 13.8 m in length and 4.6 m in width. The basilica is composed of two parts: the main hall and the altar section, which the three apses. It was discovered during the excavations of 1974. 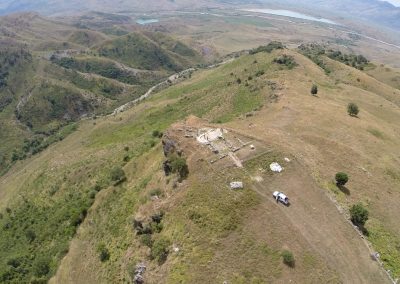 During the years 70 and 80 many houses were excavated. Largely dated in the second half of the 3rd century B.C., they are large in size and of different types, but all characterized by the presence of colonnaded courtyards overlooked by the inhabited areas for domestic use. Shops probably overlooked the street. 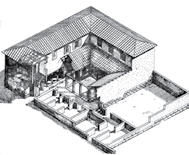 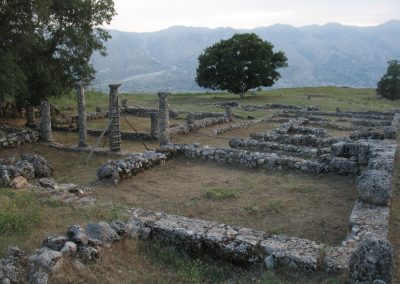 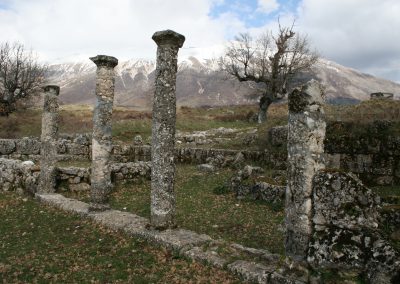 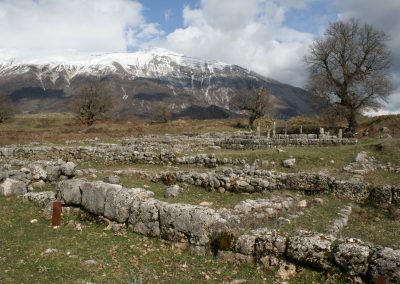 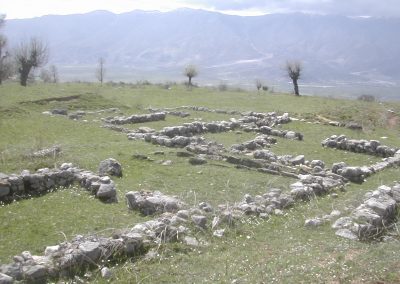 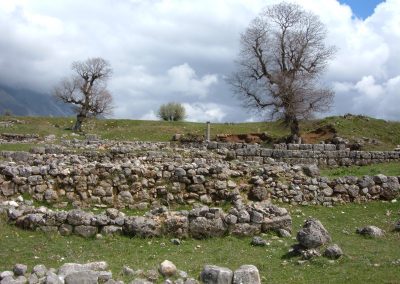 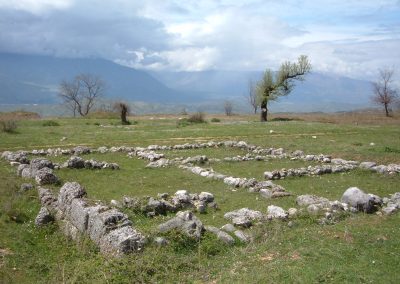 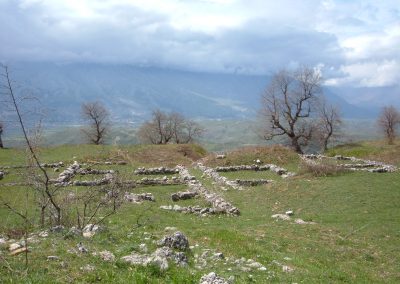 At the north entrance, to the right of the road, the remains of a monumental fountain are preserved. It is a quadrangular basin made with blocks of limestone arranged in opus quadratum.

The common opinion that the city was destroyed by the Roman general Emilio Paolo in 168 BC, at the end of the third Macedonian war, must be rejected. Recent excavations by the IAT and the University of Macerata have in fact identified levels of use from the Roman age and no traces of destruction.
It should also be remembered that the city, as well as a large part of Caonia, was allied with the Romans and therefore revenge by the victors is unthinkable. More likely the city was progressively abandoned in favor of the nearby center taken Sofratikë. This closer to the road was certainly more functional to trade and economic activities in a now pacified territory, so as to be later founded as a city by the emperor Hadrian (Hadrianopolis) 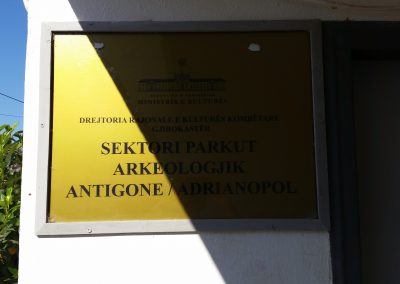 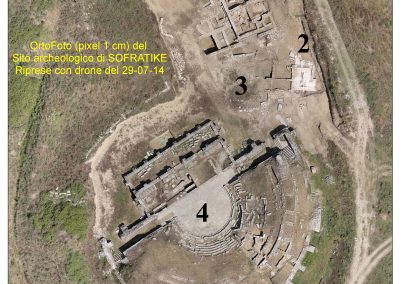 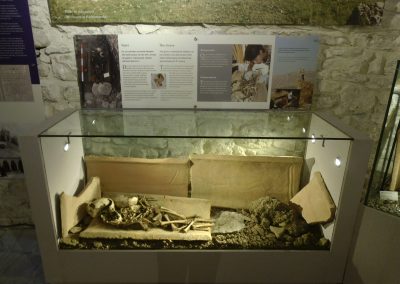 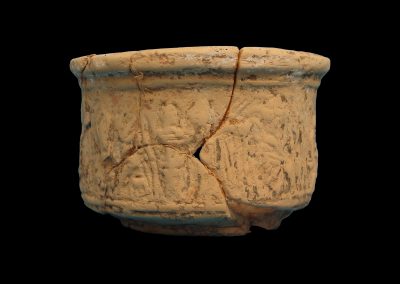 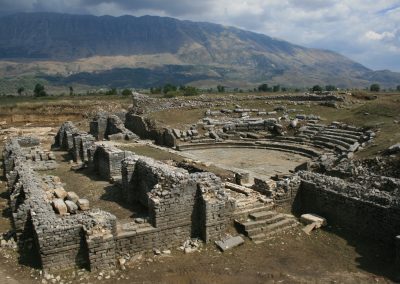 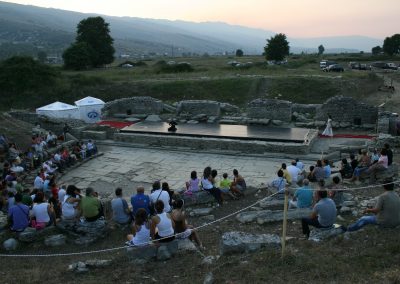 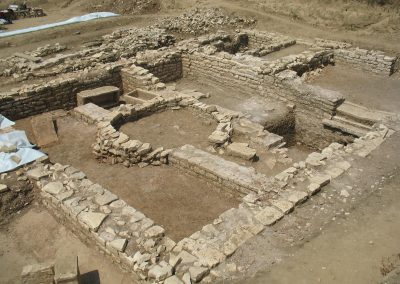